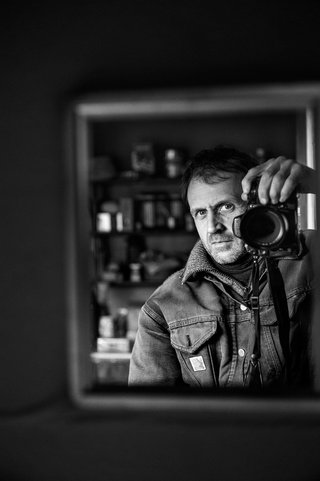 Oliver Vogel, born in 1968, is a freelance photographer based in the Swabian Alb, Germany, part time living in Tierra del Fuego, South America.
After doing an apprenticeship as a printer he began working as a photojournalist in 1993 for the “Heidenheimer Zeitung”, newspaper of his hometown region.

Between 2001 and 2011 he resided in Tierra del Fuego, Chile and Argentina. Together with his later wife, Cristina Zárraga from the native Yagan community of Tierra del Fuego, he started the project “ediciones pix” with the objective to appreciate the native fuegian culture and language.

Today he works as a documentary and portrait photographer for editorial and corporate clients, artists and diverse institutions.

Oliver Vogel is available for assignments.